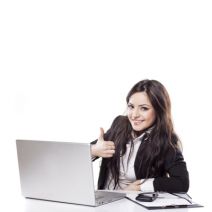 With Windows 10 on the horizon, you would think that users would flock toward Microsoft’s newest OS, Windows 8.1. However, this simply hasn’t been the case. If anything, Windows 7 has grown more popular while Windows 8 and 8.1’s sales have plateaued.

According to ComputerWorld, two-thirds of all PCs in the world ran Windows 7 as of last month. They based this knowledge off of the statistics provided by Net Applications’ monthly user share tracking. Here are the operating system’s statistics taken for the month of March 2015:

To be sure, Windows 7 is an excellent operating system that deserves some merit. Even though it was released in 2009, there’s still a massive user-base. Upon its release, it began to steal market share from the popular Windows XP operating system. In fact, its familiar user interface made many would-be Windows 8 users forsake upgrading just for the sake of efficiency.

Surprisingly, Windows 7’s popularity is still climbing. It’s grown vastly more popular since the October 2012 launch of Windows 8, and since this February, it’s seen an increase of 2.6 percent. Similarly, Windows 8 and 8.1 haven’t grown significantly at all over the past four months.

While Windows 7 users have little to fear for the next few years, support for the operating system will still expire come 2020; and considering the current trend, if Windows 10 fails to entice users to upgrade, the Windows 7 end-of-life event could be a repeat of the Windows XP end-of-life. If this happens, users around the world will be left without a supported operating system, and will be vulnerable to hacking attacks. This is why it’s always important to keep your operating system up to date and healthy with the latest patches and security updates. These patches fix major vulnerabilities that are revealed in operating systems and software as developers uncover them.

Businesses utilizing Windows Server 2003, the next operating system on Microsoft’s chopping block, will be in a similar position, albeit for a different reason. For those who utilize Windows Server 2003 (which reaches its end of life this July), the idea of whether legacy hardware and software will be compatible with other, newer hardware is the primary concern.

What’s your office’s current operating system situation looking like? Will you be able to keep up with the changes, or will you fall behind and run unsupported software? The answer should be clear; you can’t afford to fall behind. RCL Systems can help your business keep up with the latest updates and patches, as well as consult you on how to move forward with upgrading both your hardware and your software to more recent (and more importantly, supported) versions. Give us a call at 281-240-2777 to learn more.

You Probably Aren’t Getting the Most Out of Office 365

What is Windows 10’s Timeline?

Is Microsoft 365 an Option for Your Business

Microsoft Does Some Patching Off Schedule

Windows Ink Adds An Extra Dimension To Your Business Computing